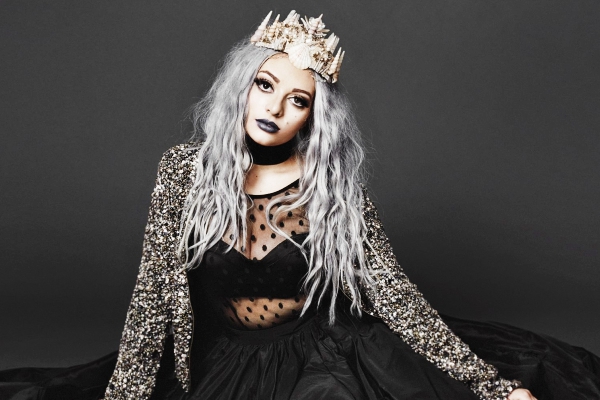 Reign – Unsigned Only 2018 Competition – First Place – The Unsigned Only Music Competition has announced its 2018 winners today. Unsigned Only is open to all artists who are unsigned to a major record label, and over the years it has become an important source for discovering new talent. Since Unsigned Only‘s inception in 2012, four grand prize winners have been signed to major label record deals.

Winners were selected from over 6,000 entries submitted from 95 countries. One overall grand prize winner (as well as a First and Second Place winner in each category) was selected by a prestigious panel of judges comprised of celebrity artists and industry excutives, including: Aimee Mann, Grouplove, O.A.R., Frank Foster, David Crowder, Aaron Shust, Jack Ingram, Lydia Loveless and many more. Additionally, one artist was selected by an online public vote as the Fandemonium winner.

While the 2018 Grand Prize has been awarded to Canadian country artist Eric Ethridge, our own community’s newcomer Reign won top place in the EDM category. The artist blew away the judges and now, she has shared some thoughts about the track and her success!

What are your thoughts on winning first place in the EDM Category of the 2018 edition of Unsigned Only?

I’m so honoured to win this award! Proud of my team and everyone who supported me so far!

What went into your track development?

‘Make Me‘ was actually written last July in a small home studio. I wanted to write a radio-friendly track and contacted my friend, the super talented Karen Kosowski for some guidance and advice. She introduced me to Robyn Dell’unto and we met up shortly after that at her Toronto home studio. We wrote the chords, lyrics and melody but thought it wasn’t quite right. We then contacted Tyler Tsang (kick ass EDM producer) and he put his magic on it. The song came together really organically and we actually ended up using one of the demo vocals for the final version. We then sent the track to Adam King for mixing and Phil Demetro for mastering. The song was distributed in April by Bonfire records (indie label).

What does the song mean for you?

Even though I wanted to write a fun, upbeat pop song there’s always a bit of a sad twist in my songs and this one isn’t any different. The song is about a couple that have been together a long time and still love eachother but their spark has dimmed. In the song, I’m reminiscing on the past and I just want to go back to what we felt before. I think it’s a really common problem a lot of couples face. People forget that after you fall in love it’s just the beginning!

What has your career been like so far and what does this placement mean, moving forward?

My career is busier than ever right now! I’m working with a big supportive team. I’m in the studio twice a month and have a bunch of singles on the way! I’m also working with a long list of DJs and other artists all over the world on collabs as well as writing for and with other artists for their discography. I’m finally working on music full time and I honestly couldn’t be more excited for the future. This has been my dream since I was 4!

My next single ‘Not Lose You‘ will come out in September and I have a collab coming out with EDM artist Domastic on September 7th (Fantasy). I’m working on my live show, a vlog series and a long list of music videos so there’s a lot more to come!