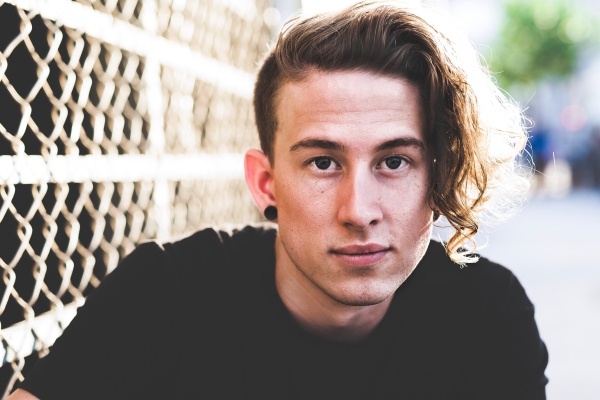 Since as early as 2014, DJ and producer Jskee hit the scene with his early production ‘Let’s Go‘ and Ninety9Lives tracks ‘I am Pharaoh‘ and ‘Shifting Gears.’ Getting his feet in the water a few years or so before his public releases, he’s had quite the powerful and strong journey.

For the first time in three years, Jskee has released his brand-new record ‘Just Imagine‘ featuring Darian Reneé. While this is a long time in this industries pace, with music genres in the electronic dance music umbrella constantly changing and evolving, this was well worth the wait.

Jskee, with the release of ‘Just Imagine,’ we begin to hear powerful growth in your design, style and production ability since previous electro and dubstep sounds from the beginning of your career. Eight years is quite a long time for a DJ and producer and one must wonder how your cocoon of an evolution came about.

Exactly how long did it take to produce ‘Just Imagine,’ what went into the creativity involved with designing the song alongside Darian Reneé and what inspired you to go in this new direction musically?

Darian visited SLC with a pitstop studio session in my apartment in 2016. At the time we recorded a few vocals and with the mic still rolling, I snagged what would become the backbone of the song: Darian saying “this is so fun.” I think it’s super cool that this real, raw, recording of Darian‘s voice – of us just having fun – became one of the first elements of ‘Just Imagine‘ and really the inspiration for the rest of the song.

Since my last release 3 years ago, I’ve been expanding my sound in all sorts of ways. I like to think of Jskee as an ever-evolving project where any-thing goes. Once I stop pushing myself and discovering what I can make, I’ll no longer want to produce! ‘Just Imagine‘ was clearly a happy song from the beginning, and I wanted to retain that while doing my best to implement an energetic, experimental, future sound. I think the outcome is awesome.

Darian, reigning from Boise, how did you first connect with Jskee and develop this record throughout the years? As Jskee developed his sound with the aid of your lucrative voice, how do you feel it fits into your personal music roster as well?

Jskee and I connected on Facebook through a music production group. We kept in touch and talked about doing a record together. I live in Idaho, but I was passing through Utah a couple of years ago and asked if he’d want to meet up and maybe work on a song.

We hit it off and I went back to Idaho and started working on the lyrics. We sent tracks back and forth for a long time until ‘Just Imagine‘ was finished. I love the elements of production that Jskee chose for this song. I released an EP a few years ago that had some EDM-inspired tracks on it, so it was really fun to come back to that sound.

Jskee, you’ve moved to Los Angeles and back to Salt Lake City in the time of producing your new single. Somewhere in all this you met Darian and eventually recorded with her for ‘Just Imagine.’ With so many changes, one has to wonder a couple of questions.

What was it like working with the lovely and powerfully smooth vocalist, Darian Reneé?

Honestly working with Darian is a dream! I was living in Hollywood when I sent the updated track her way and within a few days she already had fresh lyrics and a first recording for me. We’re both excited to work on more projects this year and she’s currently doing massive things. What’s incredible is the sky is the limit when it comes to her voice. More-so the few-year process has made us great friends and good or bad music, writing music with your friends is such a blast. If it’s a good song that’s the bonus, haha.

How did your experiences personally and musically affect your changes as a DJ and producer? What perspective on life and on producing, that you now hold, can you share with your fans and new listeners since first beginning your musical journey?

The biggest advice I can give is to continuously invest in yourself and your dream, no matter where life takes you. When you’re sailing to an island, you have to tack back and forth, utilizing the wind to get you to your goal. There’s no straight path, your intuition will take you here and there but have faith that it’s all getting you closer to where you wanna be. If you have an inclination or even the smallest desire to go somewhere or do something big – DO IT! Sometimes that will take you around the world and back to where you started in the first place, but with necessary newfound knowledge.

It really is a blessing to live in 2018; LA has several perks, but in the modern era you no longer have to be there to pursue “the dream.” The reason I moved from LA to SLC was because it was my personal preference and opinion that the environment here compliments and encourages a very healthy lifestyle. I’m able to live the life I love, while I build the life of my dreams and my success has skyrocketed due to the time I’m now able to invest in myself and the positive encouragement and support and me. Once I get to a certain level I may end up back in LA one day. I would just remember that no matter what, wherever you wanna be, you can make it happen from there. There’s always a way and follow your heart.

As for producing and DJing, in 2018 I’ve played 57 shows and I’m currently working on a new music project. The ability to surround myself with what I love is massive and has really inspired me to try completely new things that I’m excited to unveil soon. I used to work alone, wanting a specific outcome with music, but one of my favorite developments is my increasing passion and love to let go a little bit, and most of all, create incredible things with other real humans. I’ve learned musically there’s nothing better than people.

‘Just Imagine’ captures beautiful lyrics while keeping an exciting, driving, future-bass vibe. Darian, do you have a special process for creating your lyrics and what influenced you to write about love and life, in the record?

My writing process never happens the same way twice. Sometimes I come up with the lyrics before anything else. Other times it’s the music. For ‘Just Imagine,’ I sat down with an early version of the track and started writing a melody.

Jskee and I knew we wanted to write a happy, uplifting tune. I consider myself an optimist and a daydreamer, and the lyrics of this song really embody that for me. “A love greater than any lyric a legend ever imagined” is the opening line, followed by “Your sweet melody singing me to sleep / energy in the morning pulling me to my feet.”

I mean, ideally what feeling is better than that?! The lyrics are basically just me going through a bunch of “what-if” scenarios about romance and happiness and just imagining the possibilities. Ha, no pun intended…

I want to thank you for taking the time to speak with me on behalf of EDM Joy. Your wonky, bright and powerful future-bass record ‘Just Imagine‘ blew me away and I am sure that without a doubt, fans new and old-alike will be putting this one on repeat as they push through the week!

I’m sure that this is only the beginning of the next phase for Jskee! While it may have taken three years to reveal to the world his new sound, but now that he has been unveiled we can only imagine what else he has up his sleeves!

In the meantime, check out the track below and show some support by following Jskee and Darian Reneé below, via their socials linked below!