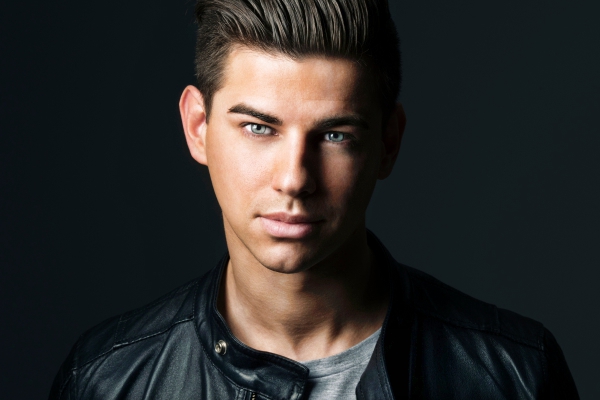 Suyano & Robert Falcon – ‘Loved By You‘ – It’s been a matter of perfect timing for Dutch DJ and producer Suyano and rising star Robert Falcon from Belgium to conspire on this left field sure-fire hit, ‘Loved By You,’ out on 1st December.

Brought to you by AFTR:HRS – an imprint of Tiësto‘s Musical Freedom label – ‘Loved By You‘ has the elements of a deep house smash, with a powerful and unpredictable hook bound to make the clubs bounce hard.

After the head-turning success of Suyano‘s remix of Pitbull and Shaggy‘s ‘What Is Love‘ in 2015, the producer and DJ has built on his reputation for progressive hits, and had support from the heavyweights like Afrojack, Hardwell and Tiësto, to name just a few. This year has seen Suyano play back-to-back sets with Hardwell, the release of his first solo album The Sound of Revealed, his debut show at Ultra and he’s due to play at World’s Biggest Guestlist in Mumbai as well as a Clublife show with Tiësto in Breda, where they’re both from. His latest remix is also holding the #1 spot in Spotify’s Mint playlist and he’s enjoyed a run in 3 separate Spotify viral charts!

For Robert Falcon, 2017 has been a career-defining year. Since Spinnin’ released his debut ‘Raptor‘ (Quintino Edit) and he’s released subsequent tracks with Sam Feldt and Yves V, Robert Falcon‘s finely-crafted tunes have featured on all the big Spotify playlists and Beatport charts. This collaboration with Suyano is set to mark another career highlight, as ‘Loved By You‘ is sure to be loved by many!