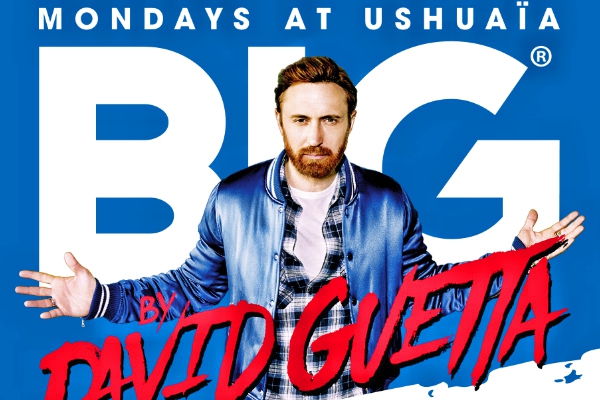 David Guetta – BIG Lineup Ushuaïa Ibiza – After the much-anticipated announcement that his BIG concept would be returning for another season at Ushuaïa Ibiza Beach Hotel, dance music royalty David Guetta has finally revealed the all-star cast of names set to join him this summer.

True to form, David Guetta has invited a glittering list of world class talent to help him celebrate his sixth season at the revered beach club. Afrojack, Robin Schulz, Oliver Heldens, Kungs, Jonas Blue, Feder, Felix Jaehn, Sam Feldt and Klingande are just some of the names set to join him behind the decks this summer. Kicking off 12th June until 28th August, there’s only one place to be on a Monday night – go BIG or go home.

Big is perhaps an understatement when it comes to someone of David‘s stature. One of the world’s most successful DJs, Guetta has revolutionized the dance music scene and his bulging back catalogue of chart-topping hits speaks volumes about his capabilities. Bridging the gap between urban and electronic, the dance luminary has just collaborated with rap goddess Nicki Minaj for a fourth time on the smash single featuring Lil’ Wayne ‘Light My Body Up‘ and, much to the delight of his ever-increasing fan base, is also working on a new album, set to drop later this year.