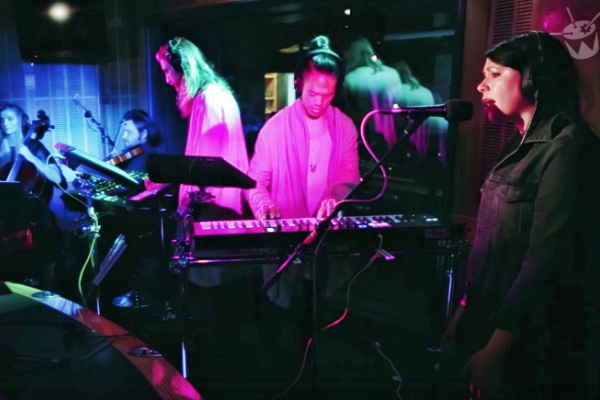 Slumberjack – ‘Paper Planes‘ – Off the back of the release of their second EP Fracture, Slumberjack dropped into the triple j studios for one of the most anticipated Like A Version‘s of the year. Joined by Sydnee Carter for their current single ‘Afraid Unafraid,’ the duo invited US rapper and producer K.Flay and a string trio into the studio to cover M.I.A.‘s smash hit, ‘Paper Planes.’

Last year saw Slumberjack breakout into the limelight with the release of singles ‘Open Fire‘ featuring Daniel Johns and ‘RA‘ which peaked at #3 on the iTunes Electronic Chart, performances at festivals including Lollapalooza, Electric Forest and HARD Summer and a Guest Mix for Diplo & Friends. The duo has amassed over 40 million streams across platforms and their music has been supported by artists including Skrillex, Diplo and Porter Robinson.

Checkout their powerful Fracture EP here and stream this sensational take on M.I.A.‘s ‘Paper Planes‘ above.